VIVO has pulled out after the backlash on social media as the title sponsor of the Indian Premier League (IPL) for this year’s edition. VIVO paid Rs 2,199 crore for a five-year contract in 2018. The BCCI announced on Sunday that all sponsors were being retained, but VIVO drew criticism on social media in the backdrop of clashes between Indian and Chinese soldiers in Ladakh. In june. The Cricket Board of India announced on Sunday that the 2020 season would be played in the UAE from 19 September to 10 November. Speaking to PTI, a member of the IPL Governing Council on Sunday said that all the sponsors were retained for the IPL 2020. 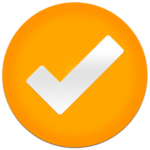 OdishaFreejobalert is your resource hub for Current Affairs, the latest job, the latest news, latest notice and exam result etc. We provide you with the latest